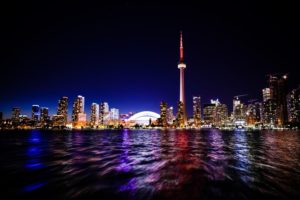 Ontario is bounded by Quebec to the east, Manitoba to the west, and to the south by the US states of New York, Minnesota, Michigan, Ohio and Pennsylvania. More than 40% of the population which is nearly 14 million Canadians live here, it is the most populous province in Canada. The Chinese population is nearly 800,000. There are 250,000 new immigrants each year, nearly half of them settle  here. Toronto is ranking the fourth most livable city in the world. It has a high quality of living, however, its cost of living is only ranking 76th in the world, comparing to Beijing and Shanghai, they are ranking 16th and 25th accordingly.

Ontario is a home to the nation’s capital city Ottawa, and the nation’s most populous city Toronto. It is the Canada’s economic and political center. Northern Ontario has extremely rich forest resources and mineral resources, while the south is a manufacturing heartland, which has productions worth up to $ 2.7 trillion. In addition, its industries are well developed such as manufacturing industry, Information industry, finance industry, tourism industry and cultural industry and etc. Their economic output is accounted for more than 40% of the entire nation.

Canada is one of the countries that has the safest banking system in the world. Toronto is Canada’s financial center, it is the place for Toronto Stock Exchange (TSX), which is one of the three major exchanges in North America. More than 200,000 people are employed by the local financial industry. The city has the most employment opportunities.

-A maximum of five nominees, and they must be the employee of the company who has the important role in the invested company in Ontario;

-the investment amount may vary depends on different locations and different types of business, but it needs to be at least $CA500,000;

– English score needs to be CLB5 or higher in Canadian language benchmark test.